Betting on horse racing, especially for those just starting out, can be very difficult owing to all the variables that are to be taken into consideration.

An ability to read the form, understand breeding, considering the race distance, the underfoot conditions and the form and ability of jockeys and trainers are just some of the areas of knowledge that need to be considered.

Another crucial thing to understand – for those betting on flat races at least – is the effect of the draw. 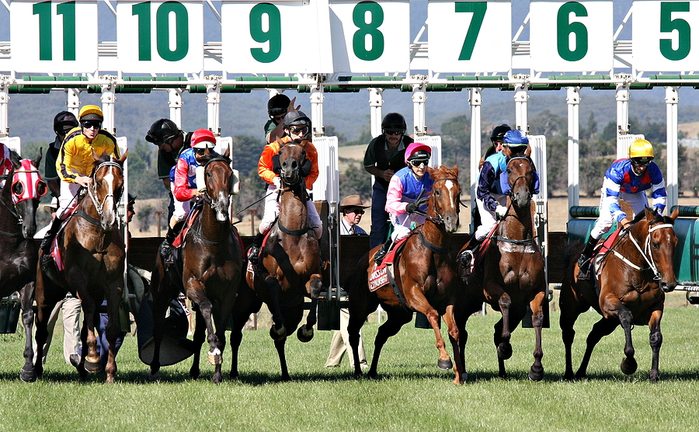 In flat racing, horses line-up inside what are known in Britain and Ireland as the stalls. In other territories, these can be known as gates or barriers, while in America a horse’s draw is known as its ‘post position’.

To decide which horse lines up where, a draw is made. On all British courses now, the numbers start from the inside position. So, regardless of whether a track is right or left-handed, stall 1 will be nearer the inside rail with the numbers going up from there.

While the idea is to make the start of the race as fair as possible, often there is a very real (or perceived) draw bias, meaning those drawn in the right position are believed to have an advantage while those in the wrong stalls have their work cut out.

What is Draw Bias and Why Does It Matter? 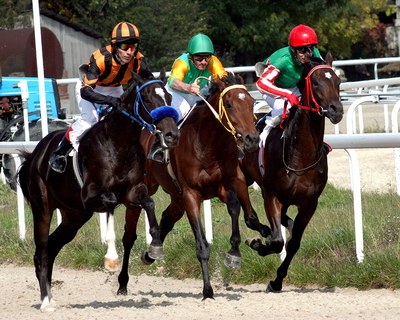 Put simply, draw bias alludes to whether or not a runner in a race is given an advantage by emerging from the stall they’ve been drawn to start in.

Think of how the starting blocks are in staggered positions on athletics tracks when bends are to be taken. If this didn’t happen, the runners on the inside would be physically covering less ground than those on the outside and would therefore be gaining an unfair advantage.

Imagine a horse race on a tight track. Given the width of each horse, which is significant, plus the jockey’s legs and all the equipment. Essentially, the further from the rail each horse is the more of a disadvantage it gains.

That’s not to say that a horse from an outside gate can’t win, nor that the one closest to the inner will. Some horses start faster than others, some jink right or left within their first few strides and of course, they all have varying chances anyway based on form, ground and weight.

Tracks with a Notable Bias

Some track owners have done their best over the years to negate any draw bias their course may have had, but still, many persist. To some degree, all tracks may have a bias on a given day, but these are the notable track biases still regarded as noteworthy by professional punters:

Ascot is right-handed, but it’s on their straight course where a bias starts to show. Repeatedly in big races, most notably at Royal Ascot, when the entire track is covered by a large field the near side tends to show up best.

That would make those drawn in high stalls favoured. While there is no bend to take, the bias may come from the ground being fresher on the stands side.

Along with Chester, Beverley is always the track that traditionally springs to mind when we talk about draw bias. Beverley is a very tight, right-handed track and so those drawn low are very much given an advantage as long as they can handle the turn OK.

In races over 5-7 furlongs, those drawn low have a marked advantage here. There is a tight bend at Catterick (left-handed), but even over the minimum trip the field slightly bears left meaning those on the far side are favoured.

Simply the track with the biggest draw bias anywhere. Chester, much like most dirt tracks in the States, is a tight, one-mile left-handed oval and so the make-up of the course itself will always lead to favourable and unfavourable draws.

In all races at this track, a low draw will be best as taking Chester’s turns any more than three or so horses wide will mean covering a noticeable amount of extra ground.

On the Rowley Mile course, which is used in the spring and autumn, a bias has shown itself in recent times whenever there is a full field. When runners are strewn across the track in races such as the 2000 Guineas, those drawn high near the stands side have definitely faired best.

What Actually Makes a Draw Bias?

There is more than one thing that makes a good or bad draw what it is. Aside from the notable, almost permanent biases at the tracks mentioned above, other warped effects of initial track position can show themselves at any flat track on a given day.

Naturally the stall number is the main thing. On a tight, turning track, being drawn low means essentially going the shortest way round and thus not covering any extra yardage.

Being Drawn Near the Pace

Pace, however, is the angle so many people forget. On a relatively fair and straight track, it helps for your horse to be on the side of the track featuring the quickest horses.

Horses at their very core are herd animals. They will attempt to stick together, and sometimes in racing this happens by way of them showing the sort of pace a jockey simply cannot conjure from them, in order to naturally keep up with their ‘pals’.

So, in a 20-runner race on a track without a known bias, if there are two or three confirmed front-runners in stalls 12, 15 and 18 and none on the other side, being drawn in and around the higher numbers will definitely be beneficial.

Being Drawn Near the Rail

Regardless of whether or not the track is tight and even in small fields, for some horses being drawn near the rail is crucial.

Horses can get a little lost on the outer and can sometimes show their inexperience by jinking right or left as they race, losing ground the whole time. Racing against the rail naturally helps the horse to stay in a nice, straight racing line and makes their performance that much more economical.

Aside from these elements, there are a couple more things to keep in mind regarding the draw. Even if there is no turn to take and the pace appears even, it may well be that there is a fresher strip of ground for the horses to run over on a certain part of the track.

If runners have been churning up the track on softer ground all day near the far rail, then in the later part of the day there is a big field, it’s often the case that those on the near side may be running on lovely, fresh ground as opposed to racing in bog-like conditions which are usually very ‘holding’.

One last thing to keep in mind is the preference of each individual horse. A great, contemporary example would be that of Mishriff for trainer John Gosden in the 2021 Saudi Cup.

Many had expected that an inside (low) draw was best in the race, à la American conditions. However, Gosden remarked that it would be important for his horse not get into a fight early on and avoid any trouble and scrimmaging for track position.